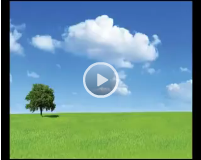 LG Chem aims for a realistic cutting of costs in half between 2010’s price and what it will offer by 2015. LG Chem aims to reach that goal, at least…

BMW has made an investment in Coulomb Technologies, a maker of charging systems for electric vehicles.

Coulomb Technologies’ ChargePoint system connects 14 countries worldwide through an electric charging infrastructure that is capable of supporting a large number of electric vehicles.

BMW’s investment in the company and its technologies may have promising implications for the future of electric vehicles.

BMW believes that its support of the ChargePoint system will help hasten the establishment of a comprehensive electric infrastructure for a new generation of vehicles. Infrastructure has been a serious issue for the auto industry in its efforts to promote alternative energy vehicles.

ChargePoint may be a viable way to give consumers a positive experience in recharging their electric vehicles. The software installed in the…

Favorable government level (federal, state and municipal) incentives and subsidies for the purchase of EVs have contributed greatly to this growth.

The government is extending these plans to the installation of charging station and funding programs such as ECOtality’s EV project, which is trying to install electric vehicle charging infrastructure in six major states.

The charging infrastructure is expected to grow at a compound annual growth rate (CAGR) of 128.12 percent, due to the currency of the ‘green’ concept and oil prices’ volatility. Attracted by its potential and low entry barriers, participants are emerging from multiple industries such as technology, vehicle…